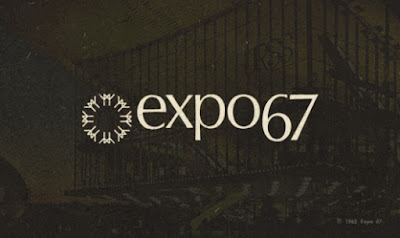 Daddy Steve:  Fifty years ago on April 28th, 1967, visitors from all over the world stepped onto Montreal's Île Sainte-Hélène and time-traveled into the future.  It was the opening day of Expo 67, the Montreal World's Fair.  Expo 67 coincided with Canada's centennial year.  Sixty-two nations participated in the fair, and during its 6 month run it received more than 50 million visitors, making it the most successful World's Fair of the 20th century. 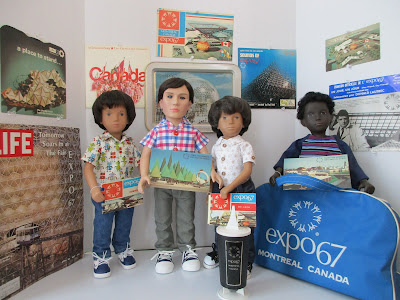 In style, Expo 67 reflected the Space Age optimism of the 1960s with its monorail trains and futuristic pavilions.  The theme of the fair was Terre des Hommes/Man and His World.  It was inspired by a memoir of the same name by French aviator Antoine de Saint Exupéry.  The book explores his views on friendship, solidarity between people, humanity, and the search for meaning in life. 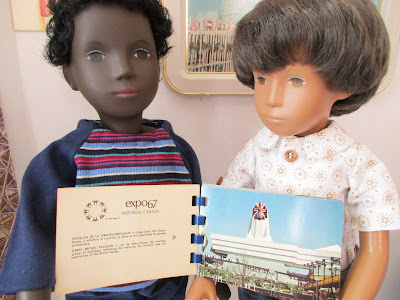 Blake and Kaveh admire the pavilion of Great Britain

We truly believe that humanitarian philosophy that produced Expo 67 is the same one that brought our Sasha Serie dolls to life at right about the same time.  We don't know if Sasha Morgenthaler ever visited Expo 67, but we would like to think she would have felt a kindred spirit there. 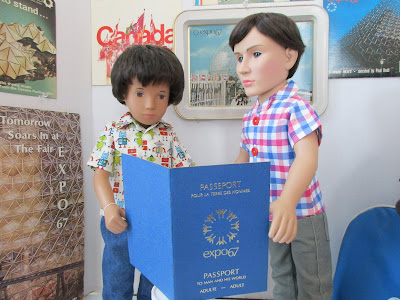 Expo 67 visitors presented their 'passports' at each pavilion they toured 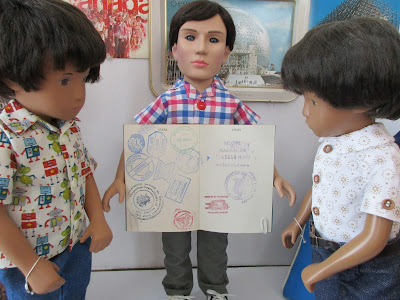 Giancarlo:  Look at all of the places this person visited! 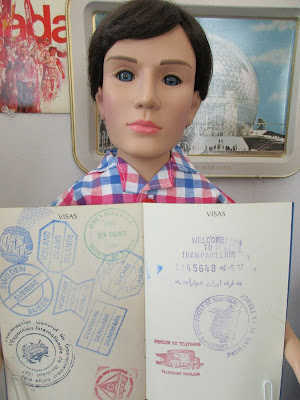 Anthony:  Around the world in a day.

All of us at Gregoropolis would like to congratulate our neighbor Canada on the anniversary of this remarkable achievement. 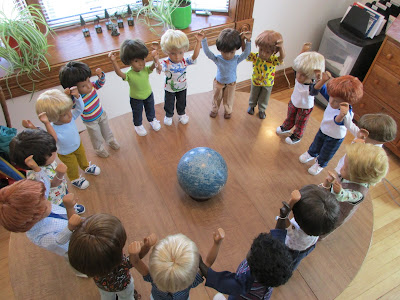 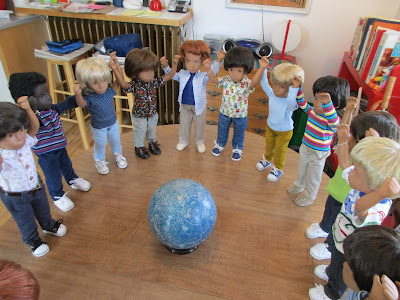 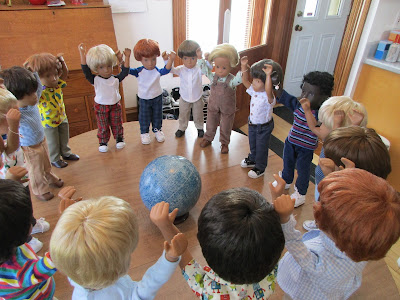 Posted by Gregor Daddies at 4:20 PM

What a great post. I love learning something new, especially anything in that very important year of 1967! ;-) Fascinating that you have some souvenirs of that Expo - do you collect other Expo souvenirs, or just this one?

Love the boys doing their version on the logo. Well done lads.

It seems like such a long time ago! I went to the New York World's Fair 9n 1964 which shared some of the same enthusiasm for universal brotherhood (and sisterhood!!) What a great experience is was for me but, unlike you, I didn't save any memorabilia from it. This must have been fun to look through all the goodies and to recall attending. I can see the boys find its enthusiasm catching. That's a great shot of the entire family together.

Sadly, I was born too late to see it in person. I had just turned a year old when it ended. However if I ever get my own Tardis, it will be one of my first stops. I've mostly just collected memorabilia from Expo 67, although I do have a little model of the Space Needle from the 1962 Seattle world's fair. I'd love to find a model of the Brussels 'Atomium'.


Very interesting post. Nice to see all the memorabilia you have collected and the boys repro pose photo of the logo was wonderful to see !

We visited the Hannover Expo when our children were still little. But I don't think we bought anything collectable there - only two t shirts which have long ago gone, and a rather ugly set of coasters I can't remember where I put it..
The Expo was very interesting though, but almost too much for one day.
Well done boys! You got the spirit!

Thank you for sharing, that was a wonderful :) I loved the video! In 1967, 50 years must have seemed an eternity into the future for the people visiting the Expo. I have never been to one, but this had piqued my curiosity :)