Daddy Steve and Daddy John: Here at Gregoropolis, it's always a big deal when we get a package in the mail (because it's almost always for the kids).  Very seldom, however, is a package actually addressed to them, but that's just what happened the other day... 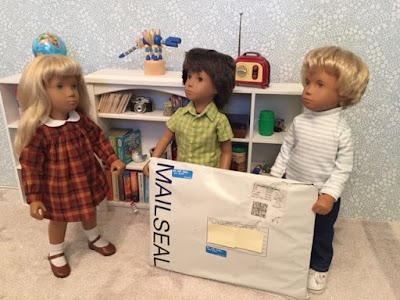 Holly Belle: It's really addressed to us?
Benjamin Roy: That what it says; 'The Children of Gregoropolis."
Ezra: That's us alright.
Holly Belle: Who could it be from? 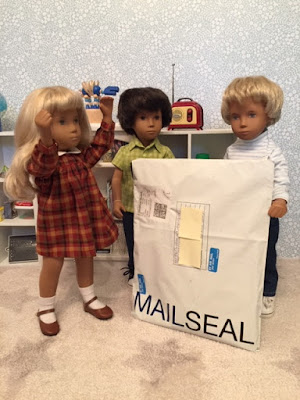 BR: The return address says 'Henry Holiday.'
Holly Belle: Henry!  Oh, you know him; the English boy who travels to all sorts of interesting places.
BR: Yes, Holly Belle, I know who Henry is.  This is a real surprise.  Wonder what's inside?
Holly Belle: Well open it up, for heaven's sake! 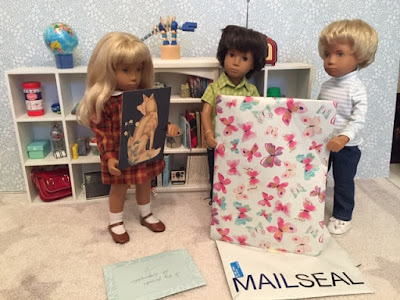 Ezra: It's a present!
Holly Belle: And a lovely card.  How sweet!  Oh, why can't John Martin send me cards like this?
BR: Let's unwrap it.
Holly Belle: Oh yes, unwrap it!  But don't tear the pretty paper. 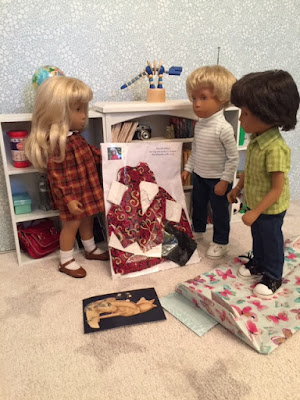 BR: Two outfits!
Holly Belle: Oh, this day is getting better and better!
Ezra: I've seen that pattern before, on Henry's blog.  It's a traditional New Zealand design.
BR: Henry's mum is from New Zealand. 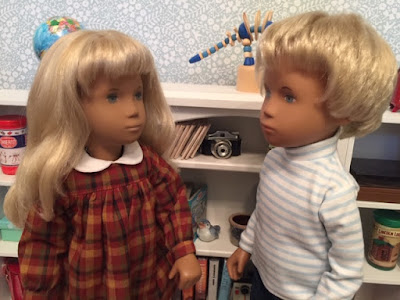 Holly Belle: Let's try them on.
BR: Uh, shouldn't we ask the others first?
Holly Belle: Oh, no.  You know how busy they all are.  Besides, someone once said that it's better to beg for forgiveness than to ask for permission.
BR: Who said that?
Holly Belle: I can't remember, and it's not important.  It was obviously someone very wise. 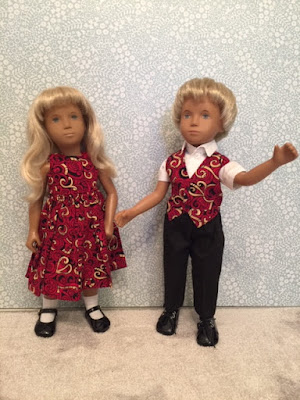 Holly Belle: Oh, we look sensational!  I look particularly ravishing in this color.
BR: They are really nice outfits. 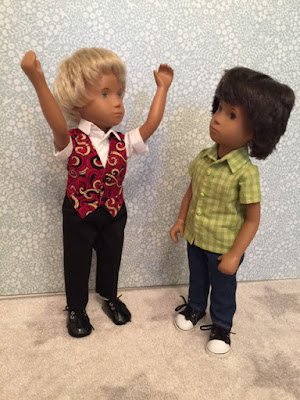 Ezra:  You guys look fancy, like you're going to a wedding.
BR: A wedding!?! 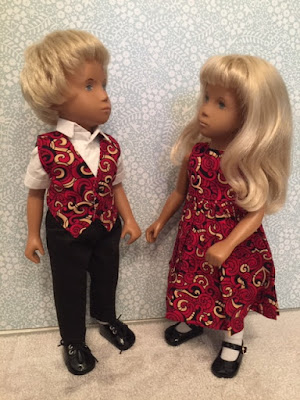 Holly Belle: We do make a rather handsome couple.
BR: >sigh<  I wish you'd stop saying that...

Posted by Gregor Daddies at 4:40 PM

Oh they look very smart indeed! So glad the package arrived safely. It was exciting to watch them open it.