There's No Such Thing As A Minnesota Snow-Ape 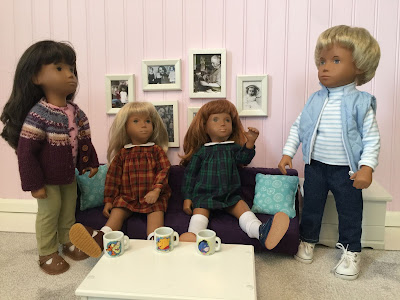 Benjamin Roy: Wait a minute.  Tell me that again.
Megan: BR, we know what we saw!
Daphne: Yes!  There's a monster prowling around the backyard! 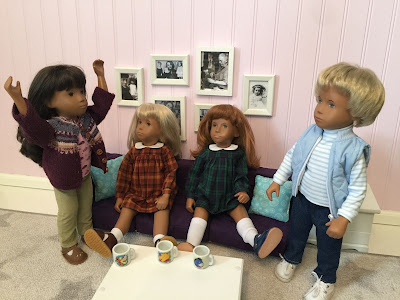 Rhoda: I saw it too!  I would have kicked its behind, but, um, the other girls were too scared, so we ran right back into the house. 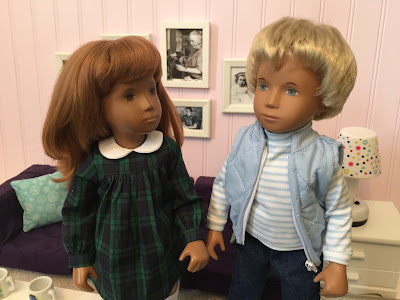 BR: Alright, alright...I'll grab Pete and we'll go outside and take a look around.
Daphne: Oh, thank you BR!  You two be careful! 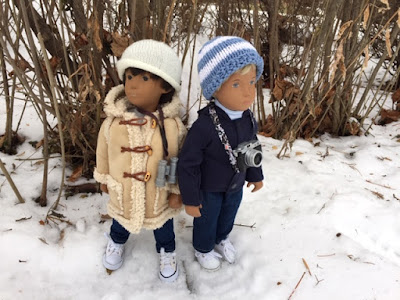 Pete Dakota: What exactly are we doing?
BR: I told you; Megan, Daphne, and Rhoda say they saw something sneaking around out here.  Rhoda thinks it was a Minnesota Snow-Ape.
Pete: A S-s-snow-Ape?! >gulp<  D-d-do you believe in those?
BR: No, I don't.  But it will make the girls feel better if we investigate.
Pete: Oh, O-o-okay. 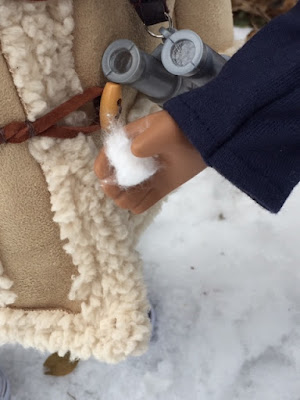 BR: Hey!  What's this?
Pete: What did you find?
BR: I don't know.  We'll give it to Stephen Orange to examine. 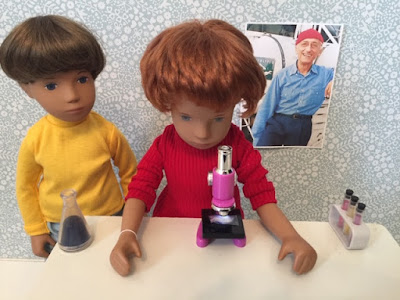 Stephen Orange: >mutter, mutter<  I don't know why they gave this to me.  I'm a marine biologist, not mammalian.  >grumble, grumble<
Nicholas: Hullo Stephen, whatever are you up to?
Stephen: >And I hate being interrupted, sigh<  I am examining a piece of fur BR and Pete found in the backyard.  >sigh< 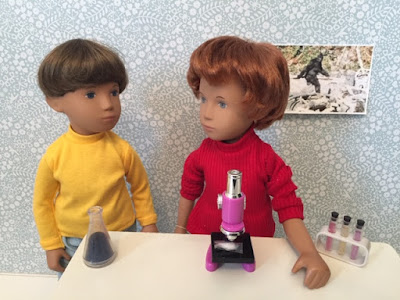 Nicholas: Great Richard the III's Ghost!  I overheard some of the girls nattering on about this.  Do you think there is a mysterious local simian roaming the garden?
Stephen: >sigh<  There's no such thing as a Minnesota Snow-Ape.  This is probably just from a squirrel or a rabbit. 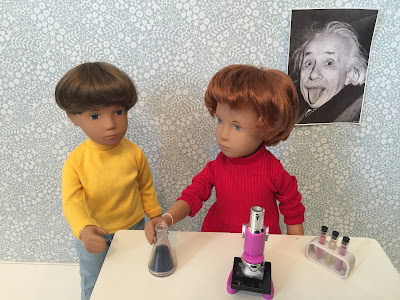 Nicholas: Still, awfully exciting, don't you think?
Stephen: No.  Make yourself useful; dump this flask out in the sink and wash it.
Nicholas: Oh dear, er, this isn't some sort of acid, is it?
Stephen: No, it's grape Kool-Aid.  I was drinking from it until I remembered I don't like grape Kool-Aid. 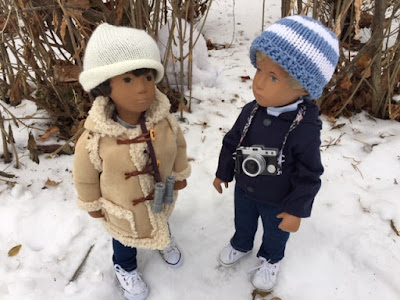 BR: Well, we haven't seen anything unusual.  I'll bet they just saw shadows on a mound of snow and their imaginations got the better of them.  Let's go in.
Pete: B-b-best idea all day. 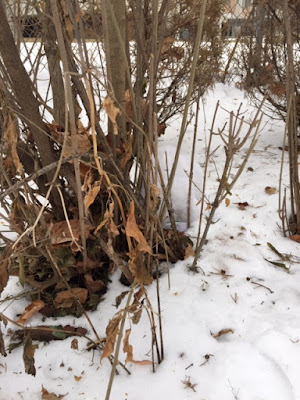 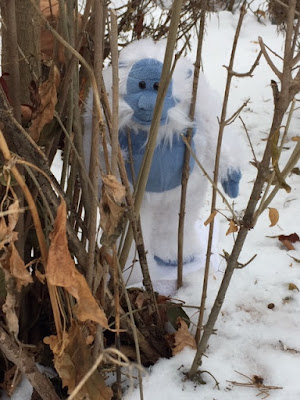 Posted by Gregor Daddies at 6:17 AM


"Run boys Runnnn ! " I saw the snow ape watching you! " Well I think it was a snow ape.. could have been a smurf? " maybe just stroll quickly just to be on safe side "

I love how Nicholas speaks, that cut glass accent , you can hear it all the way over here!

But if I was those kids I'd avoid that Stephen Orange's lab.....strange things keep happening in there... if you don't believe me best go look....

:D! It's a very cute creature though!

I am ROFL over this!! That'll teach the boys to be skeptical of the girl's observations!! Steven Orange's lab has the most unusual characteristic.....is it my imagination or perhaps one of those electronic picture frames? Hmmm, now you've got me doubting myself. next thing you know, I'll be seeing pink and black spotted lizards in my back yard!

He looks quite a pleasant little character!

Boys or girls, what is there to be afraid of? Take him home and make him welcome. You might even have your very own version of E.T!