Daddy Steve:  The girls were busy getting ready for the first annual Gregoropolis Valentine's Day dance. 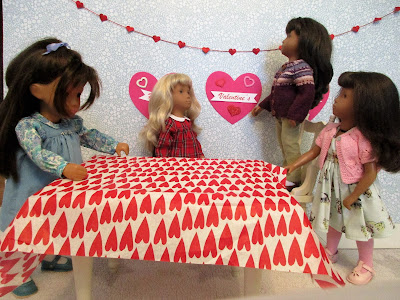 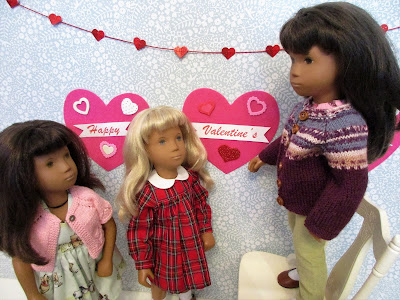 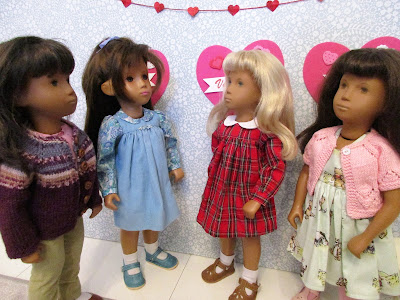 Holly Belle: Great! You're just in time for the yoga class I will be leading then.
Rhoda: Why do we have to do yoga?
Holly Belle: It's obvious.  The boys outnumber us, so we're going to be doing lots and lots of dancing.  We have to be in top form.
Louisette: I do not need ze yoga.  We French women are naturally fit, n'est-ce pas?  We have ze appetite like ze bird and we walk everywhere.

Later that evening, the dance was ready to begin! 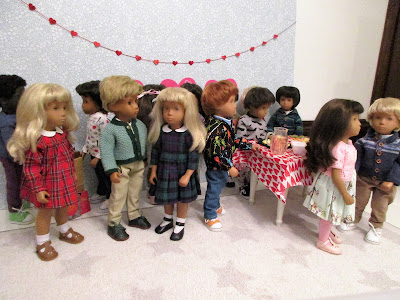 Blake was acting as DJ. 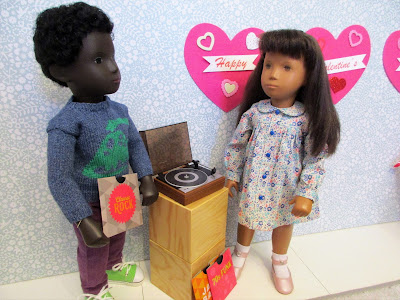 Daisy: Do you have 'Mony Mony' by Billy Idol?
Blake: Oooh, rock on!

However, a problem became immediately apparent.  The boys are that self-conscious age where the idea of dancing...and with a girl!...is rather mortifying. 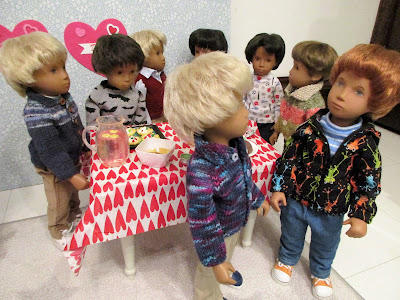 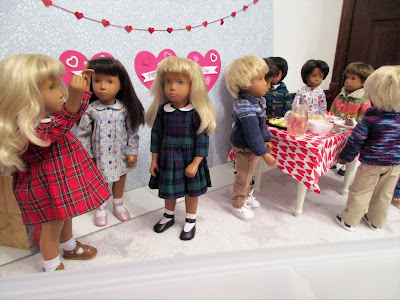 Holly Belle:  Why won't they dance with us?!  They're just milling around and eating!

There were, of course, a few exceptions.  Bowie and Valerie cut an elegant rug. 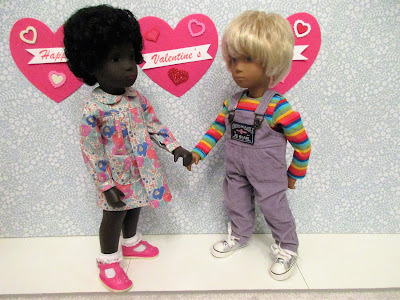 And Robin believes that dancing is a societal nicety every refined young gentleman should be accomplished at. 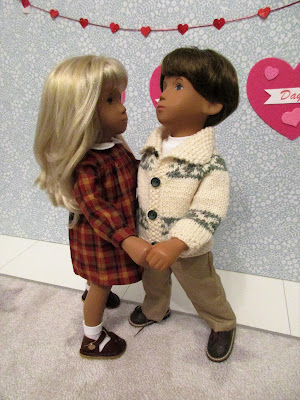 Of course, Frank was his usual uninhibited self. 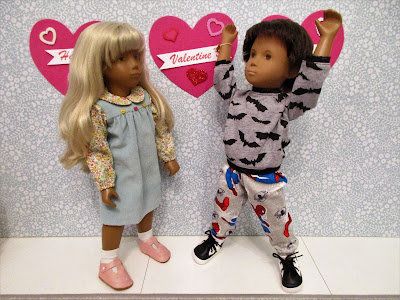 The evening may not have gone exactly as planned, but Holly Belle is never one to give up. 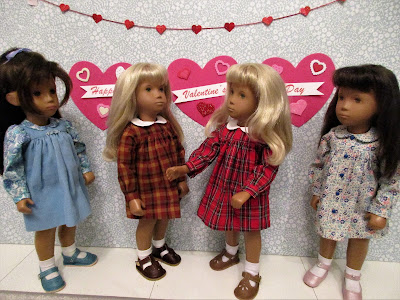 Holly Belle:  Well, I can see that before next year's dance I'm going to have to organize some dance lessons in addition to the yoga classes.

❤❤ HAPPY VALENTINE'S DAY from GREGOROPOLIS!  ❤❤
Posted by Gregor Daddies at 7:33 AM


Looks like the Gregoropolis Dance was like most others for kids that age, girls loving to dance and the boys being shy.
Although a couple of the boys strutted their stuff :)

Yes Holly Belle had best start those dance classes now but she'll need to work on the girls don't bite if asked to dance too !

If only Valentine had known I'm sure he would have popped over to dance a pasa doble or two with the girls, although not sure how well it would have gone down to the music of mony mony.....

At least some of the boys are brave :) Lovely post! I'm a bit late to the party (haha), but I hope you had a Happy Valentine's Day!

I can’t keep up with the kids from gregoropolis! Such a busy crew! Typical... boys clustered on one side and girls on the other!!