Daddy John: Stephen Orange has been invited by the S.C.S.F.W.F. (Sasha Consortium Searching For Weird Fossils) to join them on a dig for unusual and rare marine fossils.  He is excited to go; this is something he's been hoping for his whole life. 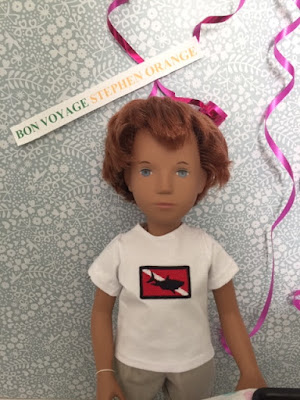 Gregoropolis has become a bit crowded of late, so getting away also suits him just fine.  Stephen Orange has never been a social creature; he's mostly aloof with the others at the best of times.  He would consider Nicholas Sahara his closest friend, only because he tolerates him the most and Nicholas is so relentlessly cheerful.

Still, when Nicholas and the others arranged a going away party Stephen found himself quite touched... 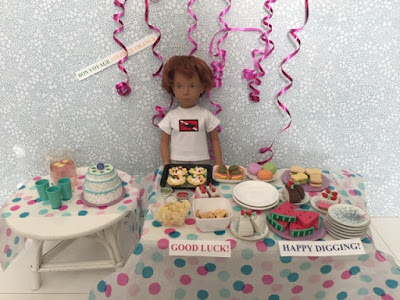 Stephen Orange: All..all of this is for me? 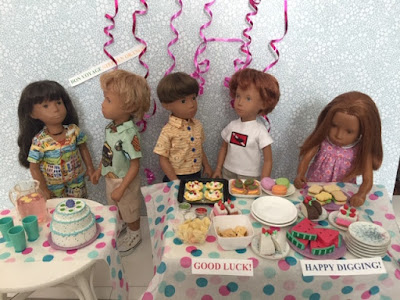 Nicholas: Well, Stephen, what do you think of our little bun fight?
Stephen: Thank you, Nicholas.  This was so very nice of you.
Nicholas: I'm glad you're pleased.  I only organized. Uli, of course, made all the food.
Uli: Ja, ja...eat!  Eat, meine freunde!

More of the gang trickles in and Stephen excitedly discusses his upcoming adventure and his hopes for new discoveries. 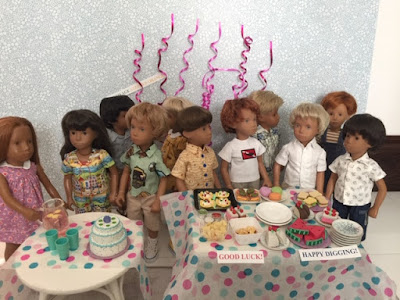 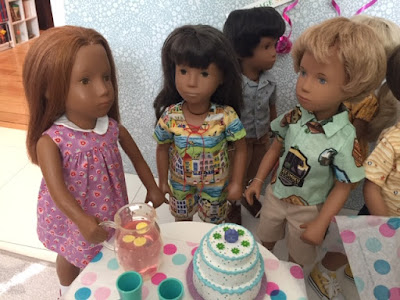 Scot-Michael: Wow!  You've really gone all out, Uli
Rhoda: She really is the best at this girly baking stuff.
Uli: Hmf.  Haff some lemonade. 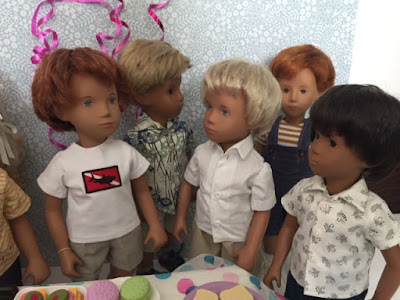 Despite his aloofness, Stephen has formed a close bond with baby Connor and toddler Mikey.  As far as they're concerned, Stephen Orange reads bedtime stories the best because he does the best voices.

Connor and Mikey are upset that Stephen is going away... 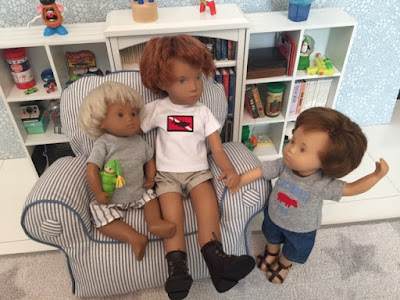 Connor: Bah!
Mikey: Stevie no go!  No go, Stevie!
Stephen: Now, now, don't you worry.  I will be back before you know it.  Your big brothers Nicholas and BR will read you stories while I am away.
Mikey: >sniffles<  Okay...pwomise Stevie come back.
Stephen: I pwomi--, er, promise.

The next day, Stephen Orange stares out the plane window, anxious for his big adventure.  What will he find?  We will have to wait til the end of the summer to discover what discoveries he makes! 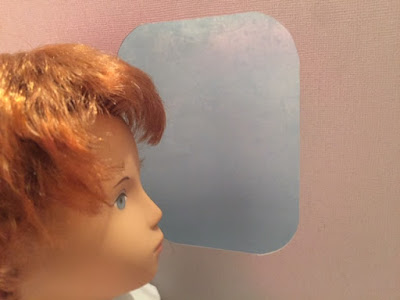 Posted by Gregor Daddies at 5:29 AM


Looks like you will be missed Stephen , best stay safe and keep away from any strange old fossels... oh no that won't work?
I hope you return safe and well to your family unharmed after your adventure.

Oh no! He’s really going?! I thought for sure something would happen to change it! Well I hope he finds something new/old as Pete Dakota, the accidental philosopher pointed out!!

What a lovely goodbye party! Now he's really on his way, hopefully he'll find wonderful treasures and will return safe and sound from this exciting journey. :)

Wow Uli can do magic in the kitchen! I wish I could bake like her - or make one of my kids learn to do it...
Happy journey, Stephen! Find something exciting!

How exciting! There's nothing better than an adventure to add spice to your life. I hope it all goes well for Stephen!