Daddy John: It's a quiet morning in Gregoropolis, until... 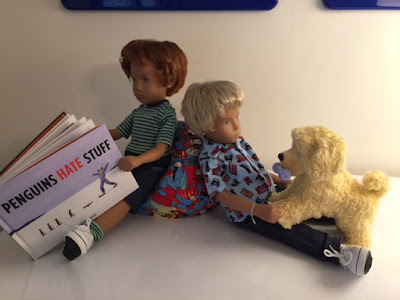 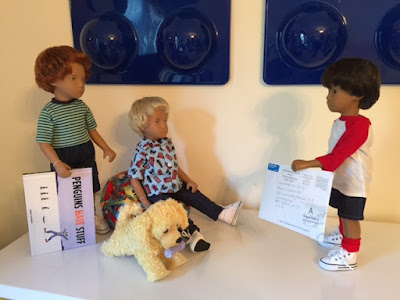 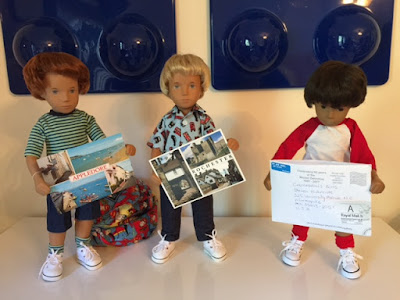 BR: It's our turn for postcards!
Stephen: "Appledore."  Is this where they live?
BR: This is a castle in Rochester.  Henry's invited us to come to England sometime and explore castles with him.
Stephen: That would be a grand adventure.  Castles have been around since the 9th century. 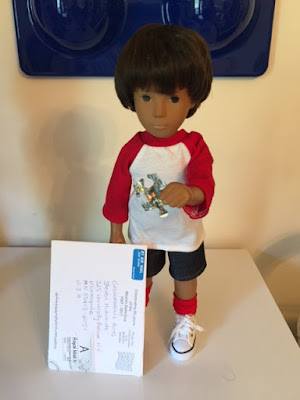 Pete: What's this?  It has a picture on one side and writing on the other. 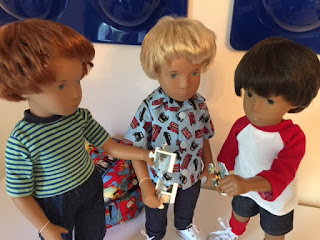 BR: It's a piece of a jigsaw puzzle!  We can put it together by reading the writing.  I'll bet it's a letter from Henry and Peggy Sue.
Stephen: Why don't we try to put it together picture side up, first?  it will be more challenging that way.
Pete: Yeah!  It's a nice day; we can go outside and put it together on the patio. 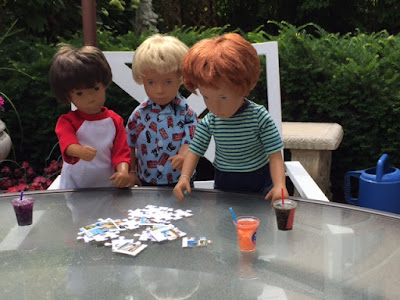 BR: Where should we start?
Stephen: I always like to start a puzzle by sorting out the border pieces. 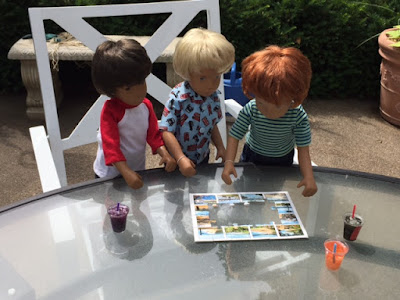 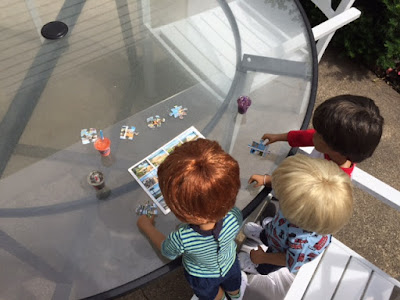 Pete: Only a few pieces left! 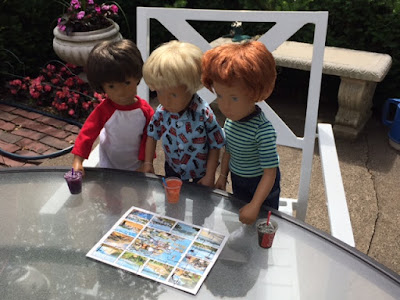 BR: It's a postcard of a place called "North Devon."  We should ask Daddy John to show us where that is on his map of England.
Stephen: The letter on the back says this is where they went on their vacation.  How interesting!
Pete: This was fun!  I like getting mail like this. 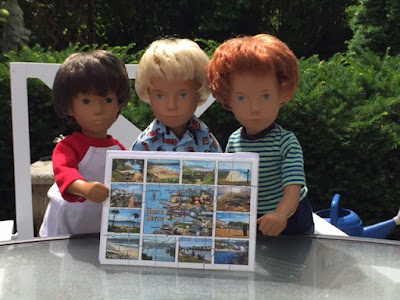 Thank you to Henry and Peggy Sue of Rose Cottage for the cards!

Posted by Gregor Daddies at 1:31 PM

Great work, boys, getting it put together. Our uncle does jigsaw puzzles but our Papa is hopeless doing them. We bet you'll want to do more puzzles now!

Great work at putting the puzzle together lads. Peggy Sue and Henry are so pleased you enjoyed getting the cards and puzzle. Puzzles can be such fun if you enjoy doing them!

It's always lovely to get a letter or a post card, but these days most people just post everything on Facebook. I do like to see the things my friends and family get up to as it happens, but sometimes it is nice to get that lovely surprise through the letter box :) Your boys did a smashing job with the jigsaw postcard; well done boys :) x

What lucky boys - the offer of an overseas visit and a puzzle post card. My dolls also exchange postcards with Peggy Sue and Henry - they enjoy choosing what to send and receiving them.