Daddy Steve:  I've alluded previously to the fact that Mikko and Tyler can be a handful.  It's not really that they're naughty; it's just that they're so full of ideas and it's some of those ideas that get them into trouble. 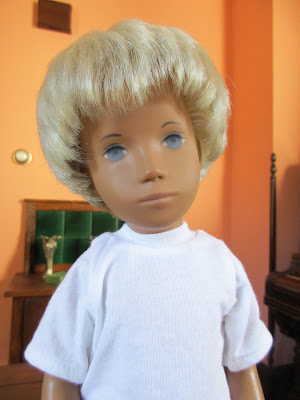 Mikko: 'Naughty' is such a strong word.

Mikko is usually the instigator.  He sees himself as an architect of absolutely brilliant plans.  That is, until they go awry.  Tyler is basically a sensible, level-headed boy.  However, he's always beguiled by Mikko's schemes.  They all sound awesome to him. 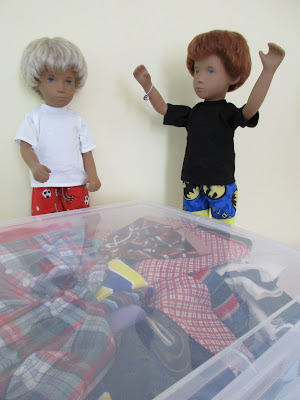 Mikko: If we dump all the clothes out of this bin, we can fill it with water and use it as a swimming pool.
Tyler: Awesome!  Let's do it!

Some of their more infamous exploits have included taking the clock apart to "see what makes it work." 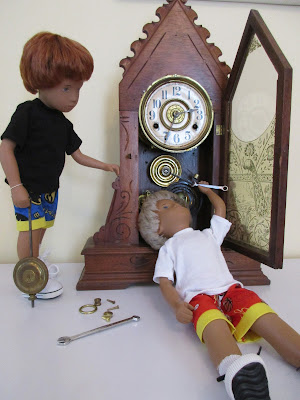 Giving each other CAT scans. 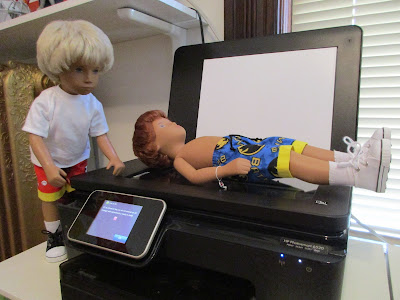 Seeing who can slide down the banister faster. 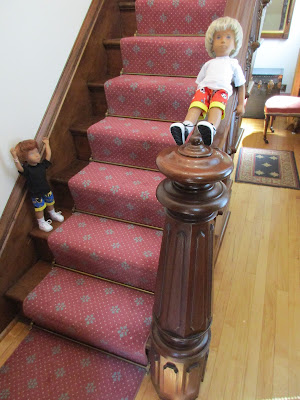 Inevitably, their shenanigans lead to a scolding from Anthony although, honestly, he's rather a half-hearted disciplinarian. 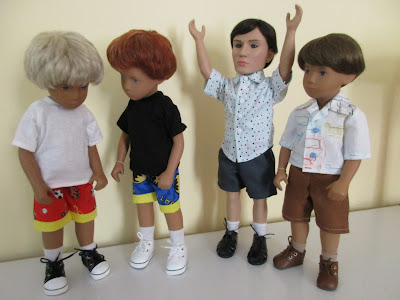 Good boy Robin is outwardly appalled as well, though secretly intrigued by the daring duo's misbehavior.  Something Mikko is well aware of... 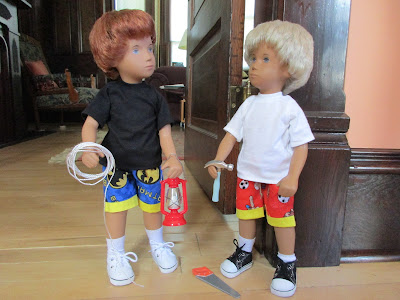 Mikko: You know, if we can talk Robin into going along with us, we won't get into trouble.
Tyler: Awesome!  Let's do it!

Oh this was hilarious! Just love the 'CAT' scans ;-) What a pair they are together...they look suitably scolded in the penultimate photograph...although not for long it seems! Thank you for the laugh today.

Ha ha, no they never give up. You've got to admire that kind of determination! Glad you enjoyed it.
Steve

What a wonderful pair you have. My brother and I were always getting into scrapes and just couldn't understand why Mum and Dad got cross with us! If you have a cat, keep an eye on it in hot weather. My brother and I once shaved ours :O ( Don't worry! She was none the worse for it and her fur grew back ) x

Why are the bad boys always so alluring? What a devilish pair! It must be a full-time job supervising them.


What is it with boys always wanting to see 'how 'things work? and they are always full of idea's ! Some brilliant most not!

Looks like poor Anthony's got his hands full keeping up with those Gregors!

Mind you this is how discoveries are made ! so we have to give them a ..little .. very little.. free rein and hope they don't hurt themselves or others in their quest for adventure....