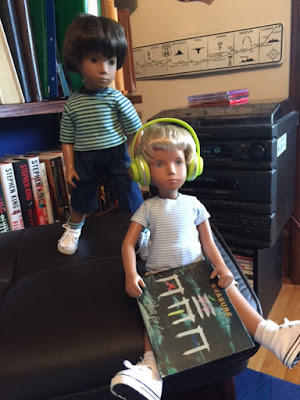 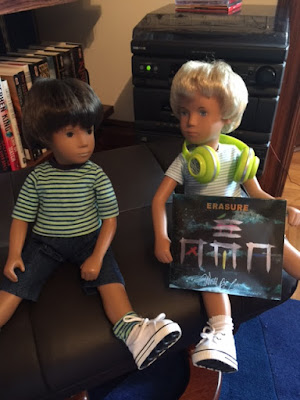 Benjamin Roy: Oh, hi, Pete.
Pete: What are you up to?
BR: Well, Daddy John and Daddy Steve are going to a concert Sunday night, so I was listening to some of the music by the band they're going to see. 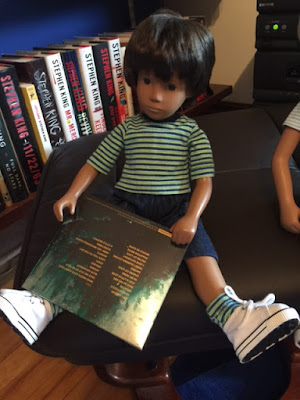 Pete: Who is the band?
BR: Their name is Erasure and Daddy John says they're his very favorite.
Pete: So that's why he's been acting all excited; dancing and singing around the house. 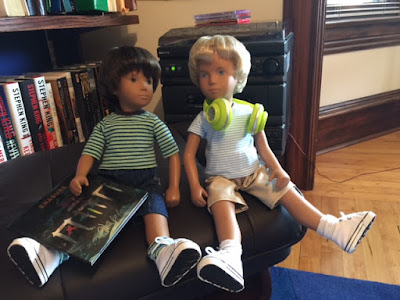 BR: That Daddy John.  Still listening to CDs.
Pete: I know! Not streaming on his phone or the computer!
BR: What a dinosaur. 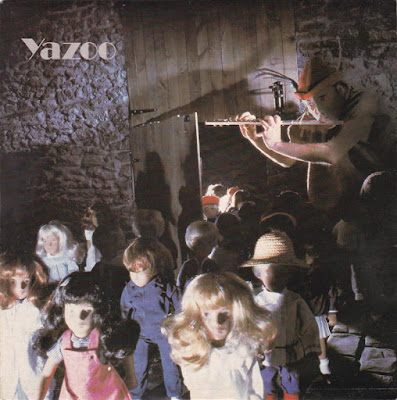 We're all familiar with the Sasha dolls that appear on the band Yazoo's sleeve for the single "Don't Go," but did you know that Vince Clarke, who founded the band Yazoo, went on to found the band Erasure?

Posted by Gregor Daddies at 4:28 PM


I loved Yazoo with Vince and Alison Moyet and also Erasure with Vince and Andy Bell. Both the singers have great voices and Vince writes such great classic songs.
How lovely that Daddy Steve and daddy John are off to see Erasure !

Now boys you must not call the Daddies Dinosaurs , it's juts that we older folks like to see the albums and their covers and look at the playlist, we are more hands on with our music.
Yes there is a place for all that techno but sometimes a blast from the past fills the brief. :)

Hope you enjoy the concert, what fun that will be. I haven't been to a live 'pop' concert in many many years - the last I went to was Dire Straits and Tina Turner in New Zealand in another life! lol They were both amazing and I learnt a lot about how music is recorded...I realised that although the set and graphics of the TT concert were incredible...there is obviously a lot of dubbing done on actual recordings. The Dire Straits one was just marvellous.