Daddy Steve: Mikko and Tyler had many adventures with Nautilus.  They sailed beneath the polar ice cap, navigated the treacherous Sargasso Sea, and discovered the lost continent of Atlantis.  Eventually, though, the girls wanted their wardrobe back and thus Nautilus went into dry dock.  Our two sailors were left to ponder what they could ever do to top that grand adventure. 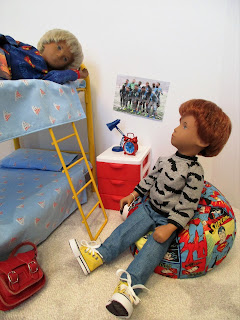 Tyler: I'm bored
Mikko: Me too.  Maybe we're having a mid-life crisis.  Daddy Steve is always talking about having one of those.
Tyler: Yeah, but he's got to be waaaay past middle age. 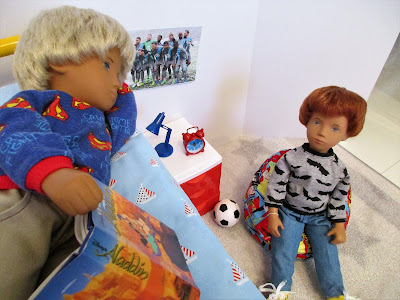 Tyler: I think the problem is that we've achieved success too early.  We're like F. Scott Fitzgerald.
Mikko: F. Scott Who?
Tyler: He was a famous American writer.
Mikko: Never heard of him.
Tyler: Me neither, but Robin was babbling on about him the other day.  Anyway, he became a success at such an early age that there was nowhere left for him to go.
Mikko: Just like us!  What can we do to top this last adventure?
Tyler: We peaked too soon.  >sigh<
Mikko: We're a spent force.
Tyler: How tragic! 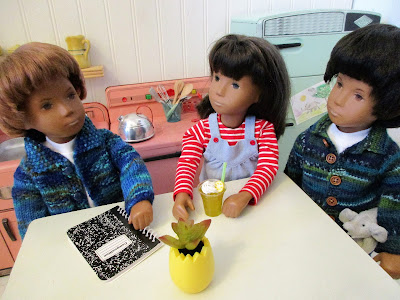 Patrick: Those two.  Ridiculous.
Ravi: I know, but they really believe it.  They're really gloomy.
Rhoda: You need to do something.  They're no fun when they're not in trouble.
Patrick: Hmm.  I think I may have an idea... 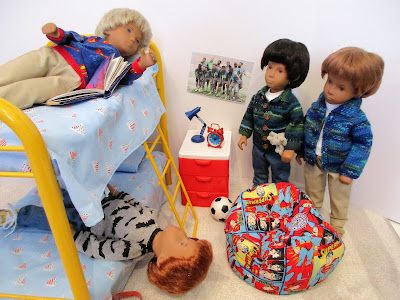 Ravi: Good afternoon, gentlemen.  How goes it?
Mikko: Oh, it goes, I guess.
Patrick: Yes...well, the reason we're here is because we want to invite you to our next literary group meeting.  We'll be discussing Twenty Thousand Leagues Under the Sea by Jules Verne.
Tyler: We lived that book...in the past. 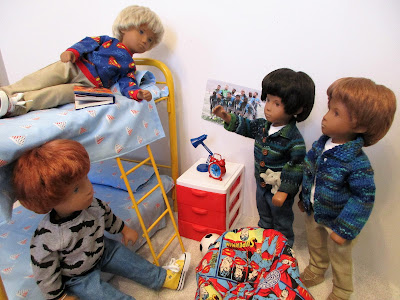 Ravi: That's why we were hoping you'd attend.  You could provide a first-hand account of how the book inspired you.
Mikko: We would definitely have a lot to say about that!
Tyler: I don't know... 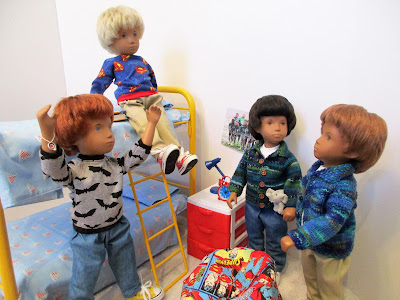 Patrick: Look at it this way; you've already read the book, so it would be like starting school with all of your homework already finished.
Tyler: Oh, I like that idea!  You can count us in!

Posted by Gregor Daddies at 6:37 AM


Poor Tyler and Mikko to have peaked so young ! Silly boys they don't realise that they've barely started ! But it can be depressing when a great adventure finishes and another's not waiting to be started.

How clever of Patrick and the others to find something to fire up their interest , like telling their tale to the Literary group. I bet that will be an exciting meeting , with all those tall tales to be told ;)
Passing on your story is almost as good as having lived it , here's hoping it fires their imagination for their next adventure

Very sad to have peaked so soon! Guess you’ll just have to sit around and talk about “the good old days!” Lol! Kids, life has a little bit more to offer you, as you will soon see!

Just goes to prove the point that I've always maintained that boys can be more easily persuaded out of 'moods' than girls can.