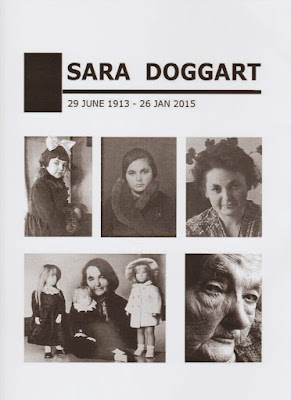 Daddy Steve:  Today is the 106th anniversary of the birth of Sara Doggart, owner of the Frido/Trendon Corporation which produced the English Serie Sasha dolls from 1966-1986.  If Sasha Morgenthaler was the mother of Sasha & Gregor dolls, then it's fair to say that Sara was their godmother.

Without her persistence and dedication, it's entirely possible that the only Sasha dolls we would have today would be the relatively small population of studio dolls and the 1960s Gotz production.  Sara and her husband John Doggart truly realized Sasha M's dream of making her doll available to the masses. 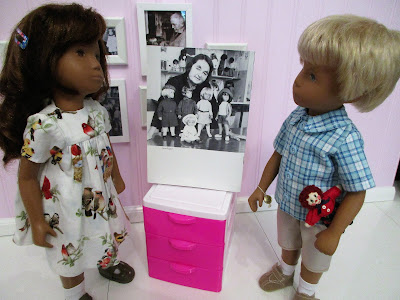 Remembering our English mother.  We love you, Sara! 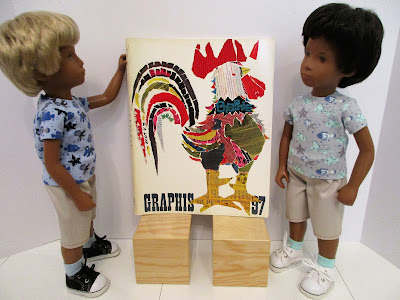 Sasha and Miguel study the issue of Graphis Magazine that inspired the Doggarts to make Sasha dolls.  The article on Sasha Morganthaler's studio dolls is actually quite brief.  We think the fact that it so inspired Sara is a testament to her own artistic vision. 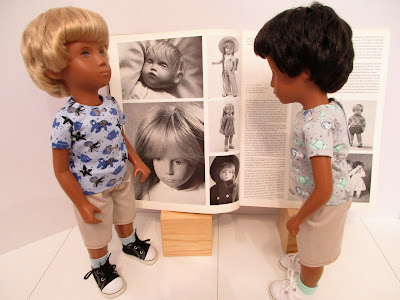 In her long life Sara Doggart experienced struggles and tragic loss, but her enduring legacy is one of great accomplishment. 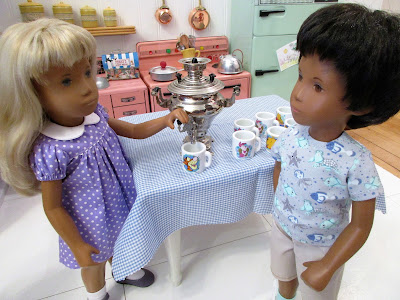 In honor of Sara's heritage, the kids are offering a toast to her memory with Russian tea. 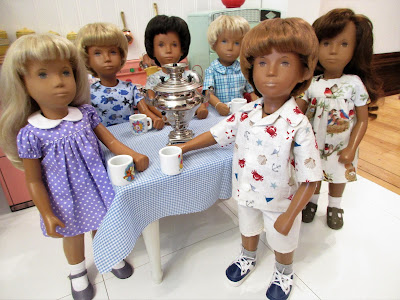 Posted by Gregor Daddies at 7:32 PM

You put that so well - that Sara was the godmother of Sasha série dolls. How wonderful that you have a copy of the Graphis magazine with the Sasha article! Thanks for showing photos of the article. I’ve never seen that before. Wonderful idea to celebrate her life and work.

We too raise a glass to Sarah a woman of vision like Sasha M herself. If not for her we would be much poorer for not having discovered these wonderful dolls.
Thanks for reminding us of her birthday and creativity.