Daddy Steve:  By now our readers are well acquainted with Sasha, my childhood doll and faithful companion for more than 45 years.  Sasha is goodness personified: sweet, innocent, and caring. 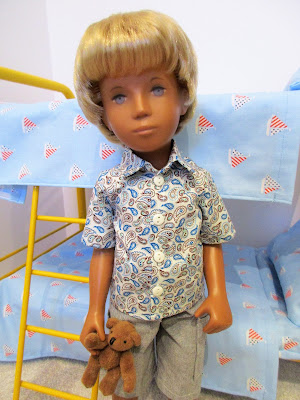 Sasha has two brothers who very closely resemble him: Duncan, a brunette and Frederick, a redhead.  I believe all three date from around the same time, probably the later part of 1968 (50 years ago now!).  They have very similar styles of eye painting and they're noticeably smaller than my other kids, even those from earlier in the same year. 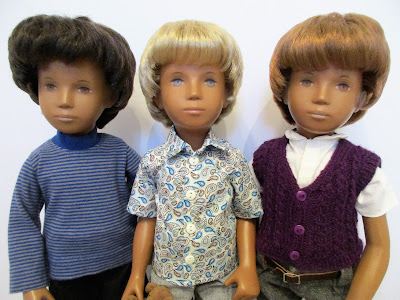 Even though these three boys share similar looks, they definitely have their own distinct personalities.  While Sasha can be a little bashful, his brother Frederick is very social and outgoing.  He loves to talk, and will talk to anyone.  He'll talk and talk and talk.... 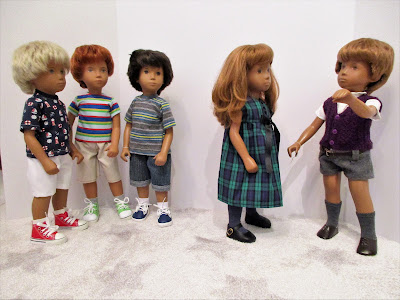 I got Frederick from his original person.  She was a big fan of Sasha dolls.  However, by the time she got him she was 13, so Frederick was never really played with, only displayed.

All of that time spent with a teenager had its effect, making him a rather dramatic boy.  Everything in his life tends to play out on an epic scale. Fellow redhead Patrick, who is much more reserved, finds him incomprehensible. 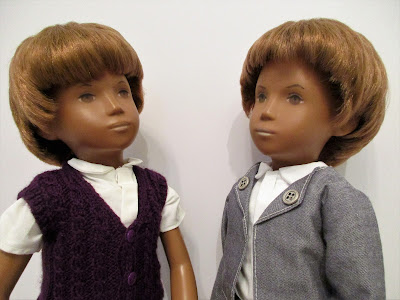 Frederick: It's so involved being me!
Patrick: You're very illogical.

Like a teenager, Frederick likes to talk on the phone. 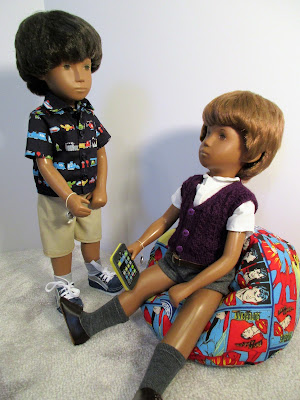 If you notice that your family plan cell phone bill is unusually high, I'm afraid we might be to blame.

Although he can be a handful at times, Frederick is basically a goodhearted boy.  He's a kind lad who is always willing to lend a sympathetic ear. 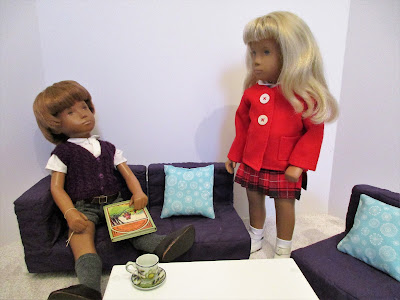 Holly Belle: Oh my, what an awful day!
Frederick: Do sit down and tell me all about it!

Posted by Gregor Daddies at 5:42 AM

glad you can see the positives about the chatty kids! We chatty people need love, too! lol!!

What a lovely bunch of kids you have there! I wonder if it's possible that Frederick kissed the Blarney Stone in a former life?
He's a very handsome young man anyway, so I suspect he'd charm the birds from the trees with his chat ;)
x

lovely to see you Sasha family and I think Patrick is stunning.


I cannot believe I missed this first of your Favours posts! And about a red haired boy too!
Such a handsome boy and finally a little truth. Your Frederick explodes that myth that it's only women who can talk the hind leg off a donkey! We all know there are men out there that can talk but rarely is it shown.
So well down Frederick for chatting away.

How lovely that you know where he came from and he belongs to a small exclusive group of brothers within the larger family unit.
And now I know why Ragnor is forever vanishing into his room with the phone and not reappearing for hours!