Daddy Steve: Duncan is my third 'flavor' and, as you will see, his personality is quite different from Sasha and Frederick.  He's also what I call my 'second-chance' boy.  I first spotted him on eBay, wearing an old pair of pajamas. 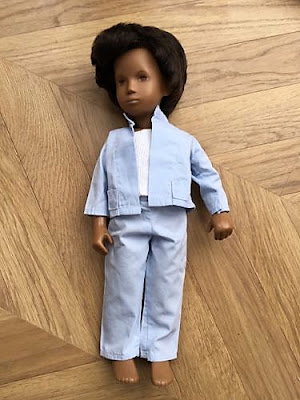 He was not particularly unusual, and certainly not in pristine condition.  Yet...there was something about him that appealed to me.  I put in a sensible bid, but eventually lost the auction.  I wasn't terribly disappointed.  However, he must have made an impression on me because I saved his auction photos.

About six months later, he appeared on Sasha Doll UK.  This time he was sporting a much nicer outift (a combo from A Passion for Sasha and Dollydoodles). 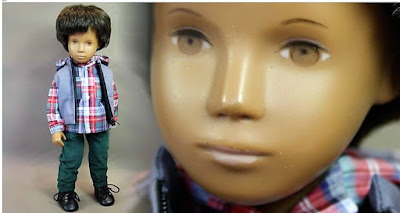 I was suprised to see him again, but I didn't give in right away.  When his price was reduced, however, I knew he was meant to be mine.  Duncan is a waif; he's not beat up, but he has definitely lived a life and has the various dings and scratches that go with it.

Although his hair is not falling out, he has suffered what I call 'malicious hair loss.'  He's had a few chunks of hair cut very short, rather like a scrub brush. 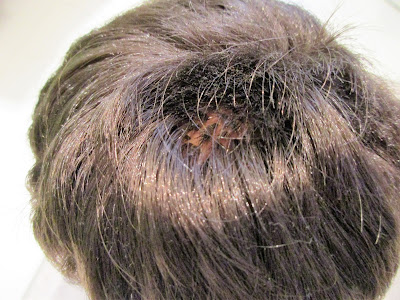 It's really not all that noticeable, as his brothers have reassured him time and again. 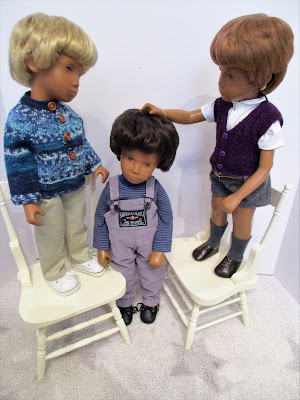 Sasha: Honestly, you can't even see it.
Frederick: Seriously.  I would never in a million years have noticed it if you hadn't told me.
Duncan: >sigh<  You don't have to spare my feelings.

Although Sasha & Gregor dolls are capable of conveying a wide range of emotions, to me Duncan always tends to look a bit glum. 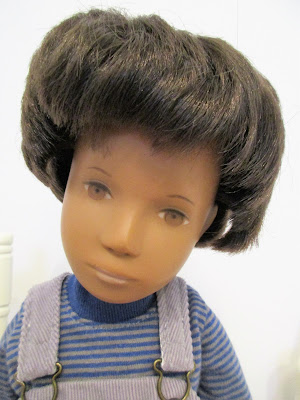 He's a very sweet boy, but he does tend to be a bit of a 'dismal Jimmy.'  Perhaps it's just due to the life he's led. 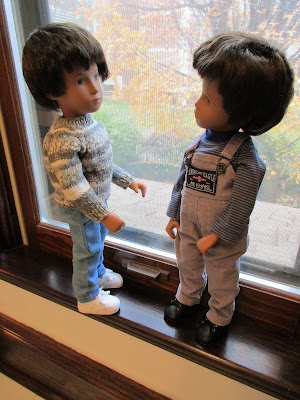 Giancarlo: I think it's going to be a nice day.
Duncan: Hmmm, I don't know.  Looks like it could rain.  Maybe even snow.  I hope a tree doesn't blow down and fall on our house.
Giancarlo:  >sigh< 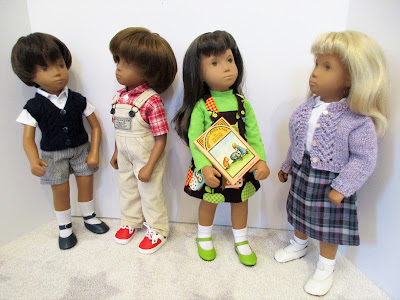 Emile: Le garçon, 'e 'as no joie de vivre!
Sebastian: Definitely a gloomy Gus.
Ann Marie: He's like Eeyore in Winnie-The-Pooh books.
Holly Belle: Well, of course not everyone can have an ebullient personality like me!

It's true that we can only be who we are, and in some ways there is an advantage to not being a sunny optimist.  Because he never really expects things to go right, Duncan is pretty unflappable when they do go awry... 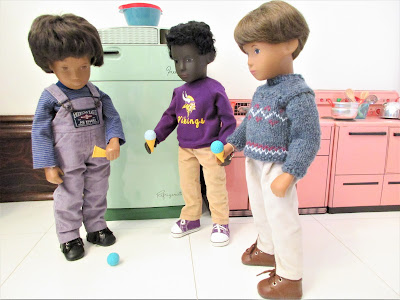 Blake: Whoops!  Don't worry, we'll clean this up.
Robin: And we'll get you a new cone.  No worries at all.
Duncan: That's okay.  I expect these things to happen to me.

Posted by Gregor Daddies at 5:12 PM


Sometimes a doll is just meant to belong with you and it appears Duncan is one of those dolls.
It would be so interesting if these dolls could tell you of the trials in life they have had. But then we could be horrified so maybe best we just have a feeling about them.
I so hope in time Duncan will cheer up just a little, so he can enjoy the life he now leads without spending all of it expecting something bad to happen, I'm sure all the boys at Gregoropolis will managed in time to chip away some of the gloom :)

I love your description...."the eeyore" of the gang! too funny! I don't have any hard luck kids but I do have a chronic worrier!