Daddy Steve: We've just had one of the big trees in our backyard taken down.  It was a lovely old Locust that towered over the back corner of the yard.  I think it was about 40 years old. 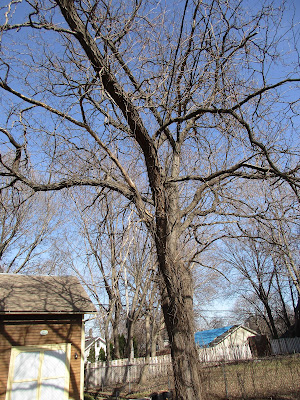 Unfortunately, it was in declining health; there were many dead and deteriorating limbs in the crown. 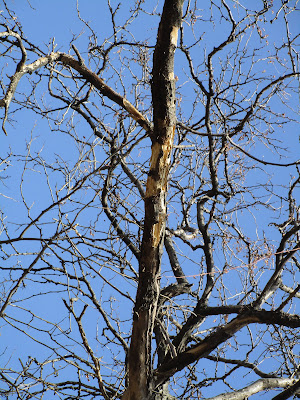 The crotch had developed a crack and was beginning to decay.  The tree was also very close to our power line. 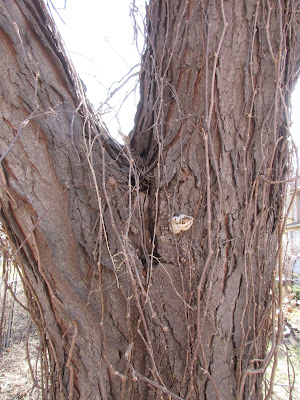 I actually got an initial estimate to have it removed a year ago, but needed some extra time for my usual dithering and hand-wringing.  Over the course of last summer, I could see that it was getting worse.  Nevertheless, it was a difficult decision to make.  Expensive, too.  In doll terms, it was like paying for a No Philtrum, only you get a stump in return.

The boys were all sad to see the tree go.  On the day before it was scheduled for removal, Giancarlo and Sasha decided to go out and pay their respects. 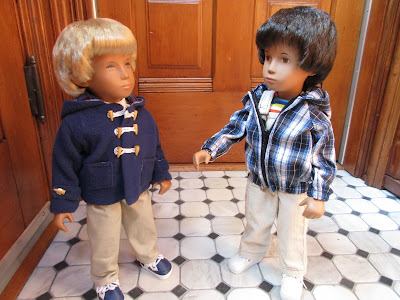 Giancarlo: Should we make one last visit?
Sasha: Yes, let's. 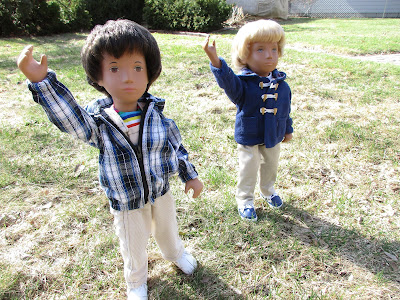 Giancarlo: Goodbye, tree.
Sasha: You were a good friend.

We had to temporarily evacuate Apollo a safe distance away.  We didn't want him losing his head from a stray falling limb. When I came home from work the next day, the tree was gone. 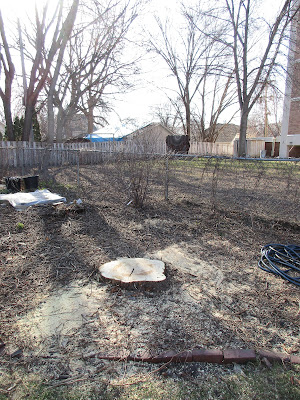 Some of the boys went out to examine where it had stood and share their feelings. 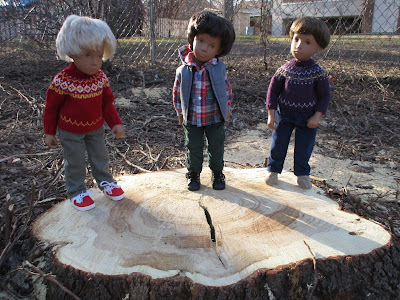 Oliver: It sure was a big tree--big enough for gnomes to live in!
Luke: It's hard to believe it's gone.
Duncan: It makes me sad.

Ravi and Patrick felt badly too, but they believed it was important to look ahead, not back.  They immediately started researching possible landscape replacements. 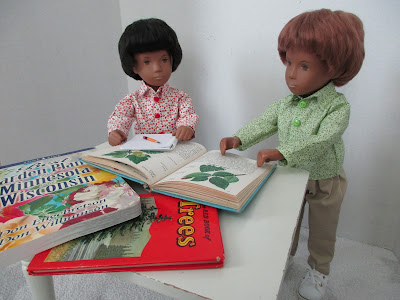 Ravi: It should be something pretty.
Patrick: Perhaps something that blooms in the spring?
Ravi: But maybe doesn't get quite as big.

Posted by Gregor Daddies at 6:01 PM

It's sad when you have to take down an old tree but sometimes it needs to be done.
If a branch had fallen and hit someone it would have been a disaster , so taking it down was for the best.

So funny how we always cost things in Sasha's! My log cabin's cost me five decent Sashas.

It was nice of the boys to go and say goodbye to an old friend and it does now allow for the opportunity to plant something smaller and pretty.

So life continues with the planting of a new tree.

Hi Dee -
Yes, I really was afraid of that last year whenever there was a strong wind. A falling limb most certainly would have pulled down the power line, which would have meant probably two days without electricity (actually the boys liked this idea. They said we could have lived like the 'pioneers').
Steve

I can understand the boys are sad to let such an old and large tree go. You'll probably miss its shadow coming summer.
But the upside is, now you have room to plant something new and special!

So sad the tree had run its course. Funny how attached we can get to them. We had our trees trimmed last fall (to the tune of a mint older Gotz argh) and as limbs were falling my hubby had to hold me back! I was convinced they were ruining it!

So sad to see SO many years growth taken from us in almost the same amount of minutes...(not to mention at such large expense)... but alas safety has to come first.
I love to see old trees with their well worn and knarled trunk barks and so suitable for our Gregor tree climbing photography backgounds.

Your lads are so sweet with their respect for nature and final 'Goodbyes' and I'm positive that their research will soon find a good replacement.