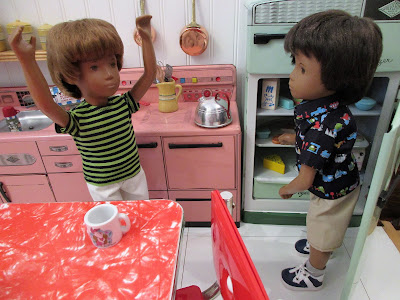 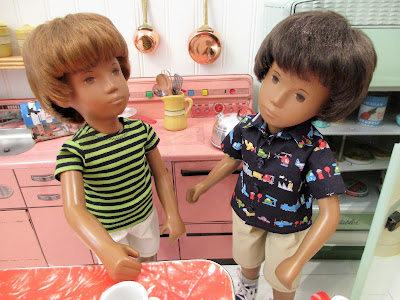 Holly Belle (from the other room): Oh, John Martin!  ♫ Where are you? ♫
John Martin: Oh no!
Frederick: Gotta go.  Good luck! 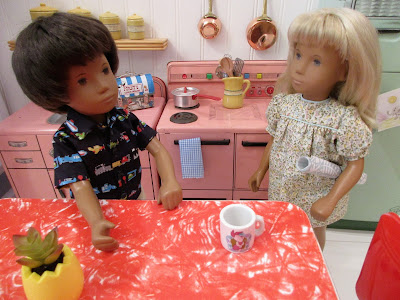 Holly Belle: Ah, here you are.  I just can't wait to tell you about the absolutely brilliant idea I have.  Would you like to hear it?
John Martin: Well, I , uh...
Holly Belle: It's a new decorating project!  You and I are going to wallpaper the activity room.
John Martin: Wallpaper?!? Isn't that kind of difficult?
Holly Belle: Nonsense; it's the easiest thing in the world.  Why, it's so easy even a child could do it. 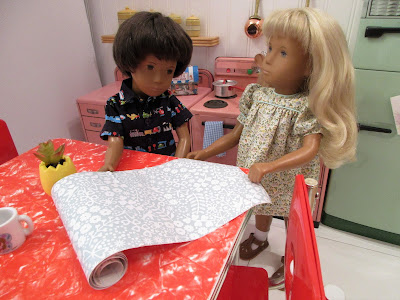 Holly Belle: And just look at the paper I've picked out.  Isn't the patterb beautiful?  Oh, I just can't wait to get started!
John Martin: Ugh... 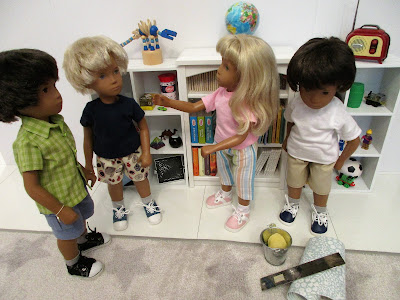 Holly Belle: Luke and Ezra will move the furniture for us.  Right, boys?
Luke: What do we gotta do?
Holly Belle: You'll need to move these bookcases out of the room.
Ezra: Why?
Holly Belle: Because we can't hang the wallpaper if they're in the way!  Honestly! 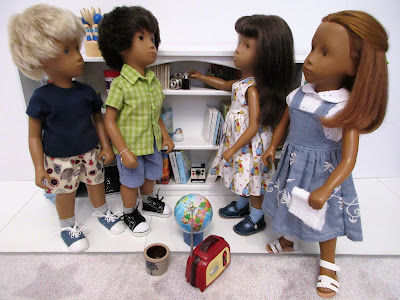 Harriet: Wait!  We have to take all these things off the shelves first.
Ulli: Und ve must dust!
Ezra: Good grief, no one said this was going to be so complicated.

And so, a little while later... 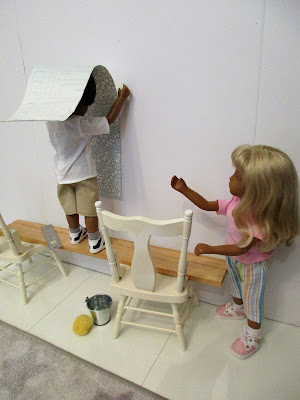 Holly Belle: You have to press it up against the wall!
John Martin: That's what I'm trying to do!

Quite a while later... 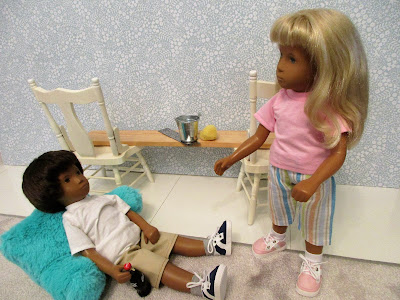 Holly Belle: It's finished!
John Martin: And so am I...
Holly Belle: You did a wonderful job.  Just rest; I'll get the boys to move the furniture back in. 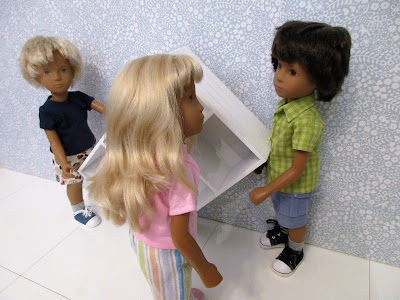 Ezra: But we just moved it all out!
Holly Belle: And now you need to move it all back in!  Honestly!
Ezra & Luke:  >mutter, mutter, grumble, grumble< 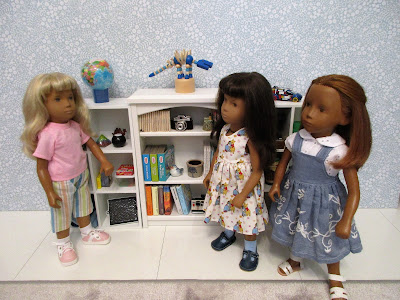 Holly Belle is definitely the one to avoid at your place ! Although she does get things done, a supervisor not manual labour in her case.
John Martin did a great job on the wallpapering and the boys doing the removals and returns too.
I think though Holly Belle may have a little trouble finding any of the lads for a while now ;)
Lovely wallpaper Holly Belle a good choice maybe you could give your workers a nice treat like some sweet or bake them a cake.... Oh I mean get one of the others to bake the cake, you being management :)

Loved this. Reminds me of when we wallpapered our younger son's room. My husband said 'Let me do it, I have a feeling I'm going to be really good at this'....many hours later, only one sheet had been hung! :D I had to finish it as he gave up.

Looks like they did a great job and it is a lovely choice of wallpaper.