Today, September 21, has been declared International Day of Peace by the UN General Assembly.  It's a day devoted to strengthening the ideals of peace; both within and among all nations and peoples.   The boys of Gregoropolis invite you to join them in observing it. 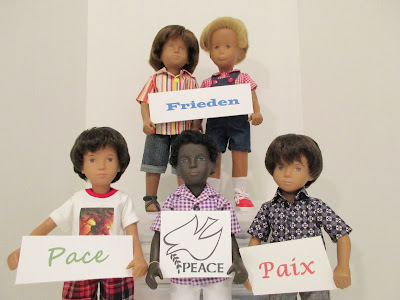 This year's focus is on the acceptance, support, and non-discrimination of refugees and migrants.  As UN Secretary-General António Guterres observed: 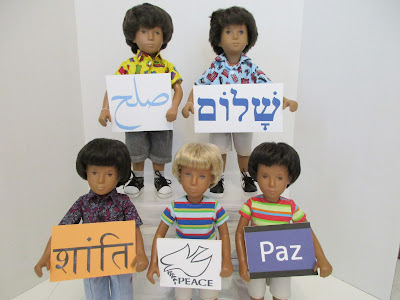 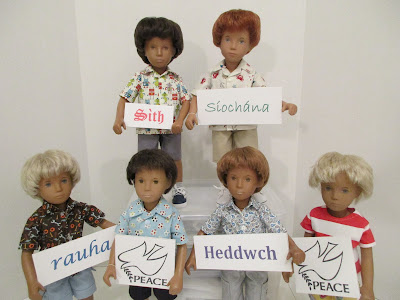 In preparing for this post, we searched the internet for quotes on peace.  This is one of the more striking ones that we found:

We don't have to agree on anything to be kind to one another.
--Unknown

I must admit that at first the sentiment struck us as a bit unambitious.  What about mutual respect and finding common ground?  However, the more we thought about it, the more we realized that every journey must begin with a first, tentative step.  If we can just all show each other the kindness and respect that we all deserve, then that's a tremendously big step. 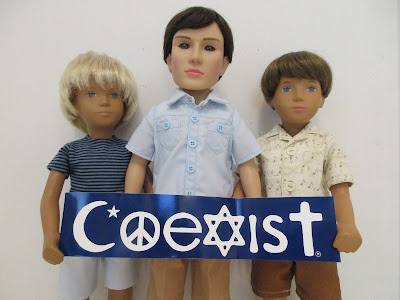 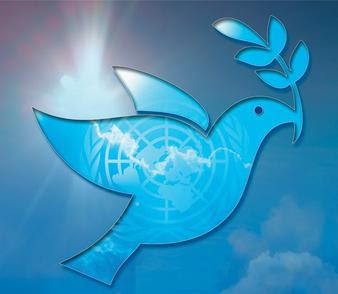 Posted by Gregor Daddies at 4:43 PM

Peace is a beautiful thing and is so sadly lacking in the world today :( Your boys have expressed it beautifully :) To me, peace goes with love and there can be no real peace in this world without love :( I send you love and peace, Jane x

Thanks Jane. The boys send their love to you and your girls.
Steve


It's such a shame that people cannot just get along and live and let live. I hope that the world will one day find true peace.
If everyone took that one step it could come to pass, your boys have as Jane says expressed it beautifully.

Most impressed and moved by your lad's post today... that has obviously included a lot of internet research on the word PEACE.

'May Peace be with you all wherever you are!'