Meeting Of The Minds

Daddy Steve:  It's difficult being a brainy kid, and sometimes a bit lonely.  Patrick's brothers are certainly fond of him, but often they just don't 'get' him. 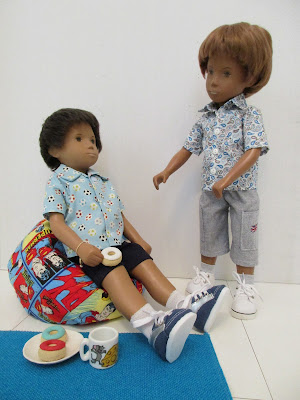 Patrick: Frank, there's an episode of Cosmos on TV right now.  Do you want to watch it with me?
Frank: Cosmos...isn't that a candy bar?  Like Milky Way or Mars Bar?
Patrick: Ah...no, it's a...oh, never mind. 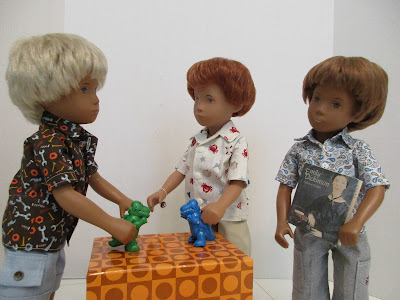 Patrick: Hey guys, what are you up to?
Tyler: We're playing robot dinosaurs!
Patrick: I'm reading a book of poems by Emily Dickinson.  Would you like to hear one? 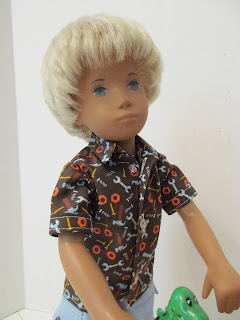 There once was a farmer from Leeds,
Who ate six packets of seeds.
It soon came to pass,
He was covered with grass,
And couldn't sit down for the weeds. 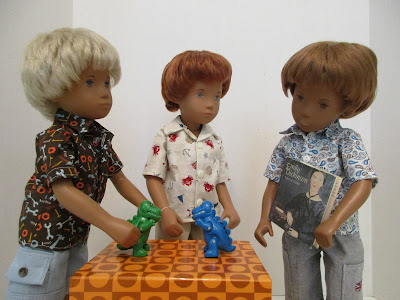 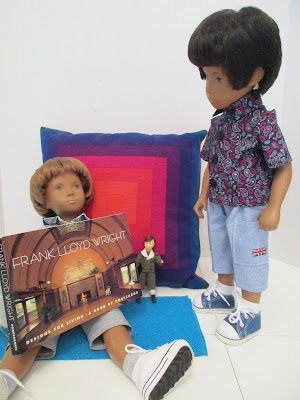 Ravi: Hello Patrick.  What's that you are reading?
Patrick: Oh, nothing.  Just a book about Frank Lloyd Wright. 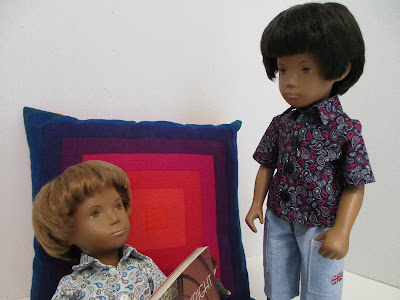 Ravi: Ah, the famous architect.  Did you know that he was greatly influenced by Japanese art and design?
Patrick: Yes, I did!  How did you know that?
Ravi: Oh, I'm interested in a great many things.
Patrick: Would you like to look at this book with me?
Ravi: Absolutely. 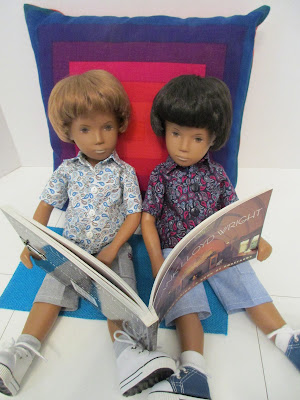 Posted by Gregor Daddies at 4:55 PM

Awww... how lovely that Ravi shares the same interests as Patrick. I enjoyed the Cosmos series by Carl Sagan and I enjoy Stargazing Live ( when it's on TV ) with Pr. Brian Cox and Dara o'Briain. Although I enjoy many things, the universe is a fascinating subject. I myself believe in creation rather than the Big Bang, but however we believe the universe to have been created it's a wonderous thing :) Jane x


How lovely that he found another person in the house who was as clever and interested in things as him :) It is hard when you are 'different' from others. I'd say a great friendship just started.

I have to say that Mikko's poem did make me laugh :) there is a place in the world for all types of poems and poets :) I'm still smiling as I type... lol

It's a relief there are so many boys in your household so Patrick found someone as clever as himself. I believe the only thing that makes a brainy kid more lonely than being unable to communicate with other children is when adults find out the kid is more clever than they are! It's a big problem when that adult is a teacher...

Always great to find and have a friend who shares a common interest.
I have made so many wonderful and lasting friends through collecting the Sasha Dolls.