Stephen At The Fair (Part 1)

Daddy John: It's the last few days of August and first few days of September, and that can only mean one thing--The Great Minnesota Get Together a.k.a. the Minnesota State Fair! 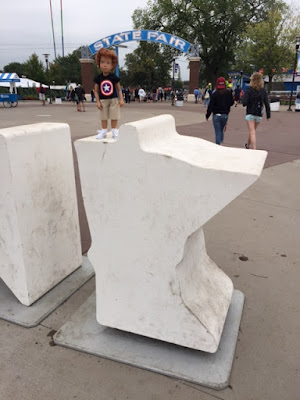 This was where Daddy Steve and I had our third date, and we've been coming back every year. None of the boys seemed too excited about coming along, but Stephen Orange expressed interest and so we brought him along.

Living in the 'big city' as we do, it's easy to forget that the Fair was started by the Minnesota Agricultural Society back in 1859.  Minnesota is still an agricultural state, so we decided to enjoy some of that side of things, as well as the other popular sights and sounds (more on that later). 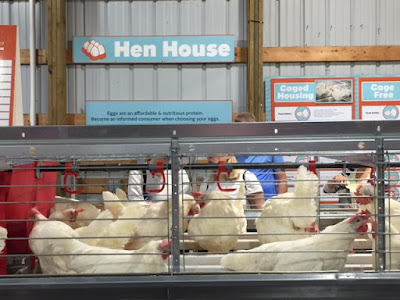 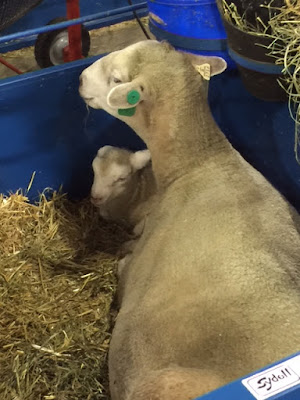 Stephen: A lamb being watched over by its mother. 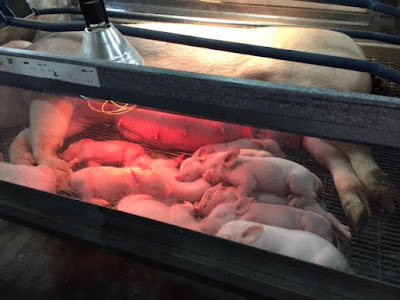 Stephen: The piglets are all trying to 'hog' the heat lamp to stay warm.
Daddy John: Excellent, pun, Stephen.  That's my boy. 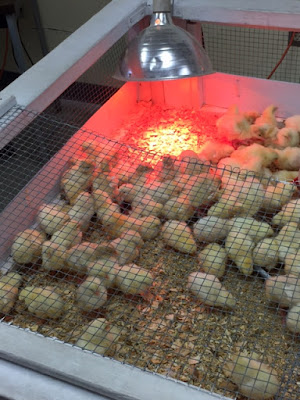 Stephen: Baby chicks!  I suppose they'll grow up to look like those chickens we saw earlier.

A special area of the Fair is called Machinery Hill and back in the day it presented all of the latest farm equipment and technology.  Machinery Hill was my grandfather's favorite place at the Fair.  These days, however, it's a much smaller spot and now only antique equipment is on display. 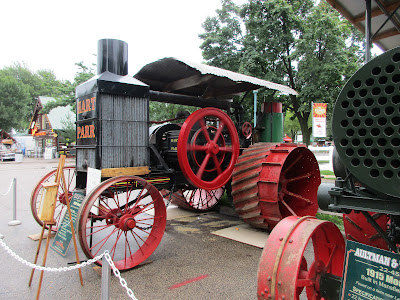 Stephen: What kind of tractor is that, Daddy John?
Daddy John: It's a 1908 Hart-Parr.  If Grandpa were still here, I know he could tell us all about it and probably a story about someone he knew who had one.

No agricultural tour of the Fair would be complete without a stop in the actual Agricultural Building to see...Seed Art!  Creative types from all over the state arrange amazing pictures using nothing but native seeds and grasses.  There's always a line in front of this display; pictures range from celebrities to local culture to politics.  Here are two of our favorites from this year. 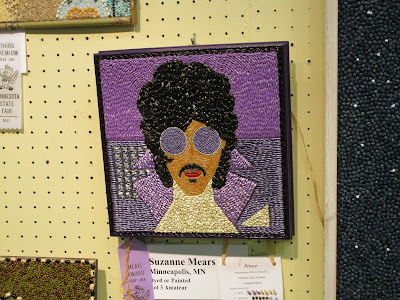 Stephen: Who is that?
Daddy John: That's the musician Prince.  He was from Minnesota and passed away last year. 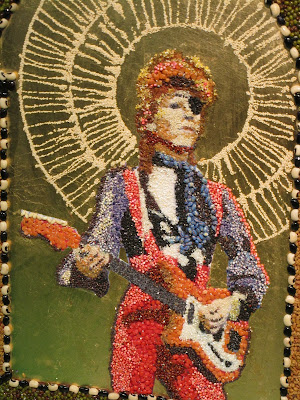 Stephen: I know this one!  That's David Bowie!  I'll bet our Bowie's friend Rebel would like this. 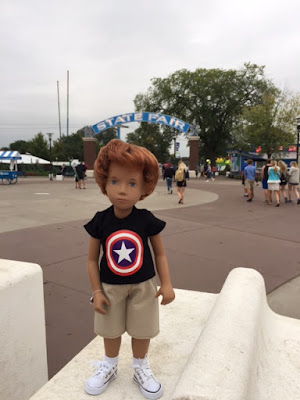 Stephen: What shall we do next?
Daddy John: Why don't we go on a couple of rides?
Stephen: Yeah!  Yay!

To read more about the Great Minnesota Get Together, go here: Minnesota State Fair

Posted by Gregor Daddies at 5:03 PM

What a lot of fun, brings back memories of when I used to go to the Agriculture Field Days in NZ many years ago. Very interesting to see that old tractor.

Although I live right on the coast ( if it's any interest Google search Fylde Coast. The Wikipaedia bit's rubbish, but there are lots of other articles about where I live, including about our own 520 foot tower ) just inland is very agricultural. 20 mins drive and we have the gorgeous Trough of Bowland, we go there often. I believe Minnesota is so big that almost the WHOLE of the UK will fit into it! We also have agricultural fairs in the summer :) Jane xx

Hi Lorraine -
The tractor was interesting, and they actually had it running when we were there. It's quite a noisy old beast!
Steve

Hi Jane -
I looked up the Fylde Coast, and it looks like a lovely area. That tower is certainly quite a marvel!
Steve

Lol for daddy John's name for the birth center :-D. The piglets and baby chicks are adorable. The seed art is very unique, I haven't seen that anywhere yet! We have a small Year Market coming up soon here, with a few cows and chickens, rabbits, vegetables, ... No tractors though.

Hi Susi -
I made a point of reminding Daddy John that he probably looked much the same when he was born. We all start out the same way!
Steve

Looks like you were all having a great time. So sweet those little piglets 'hogging' that lamp.
When I was younger we used to go to the farmers markets when we were on holiday down in Devon and Cornwall, where you'd see all the sheep, lambs etc in their pens being sold from one farmer to another or on for food. plus all the farmers wives selling produce. Always a big event in the market towns once a month. Being Londoner's we found it all fascinating and very smelly! lol
looking forward to seeing the rides! :)

Hi Dee -
That sounds like a lot of fun. It's always good for city kids to know where their bacon comes from :-)
Steve

Living in rural Cheshire (situated in the middle of Great Britain) we are well used to seeing all this 'new life' and agricultural equipment, both past and present, on display at our annual County Shows.

Every so often my father, who kept hens on our small holding for their eggs for our family and friends, would have a hundred day old chickens arrived and the sight of them all huddled together under the infra red lamp was so touching.

My daughter when doing her Biology A level hatched eight chickens and two ducklings in our own home for one of her projects. It was wonderful watching them actually breaking out of their eggs and then clamouring for food. Such greedy little things that I was kind of relived when after a few weeks, they went to live on one of our friend's farm.

Each year near here there are several farms that have open to the public 'lambing' weekends where you can go and actually watch the lambs being born and view life living on a farm.
Several of my Sasha/Gregor kids have usually accompanied me and enjoyed these interesting visits.

We actually witnessed our foal being born to one of our thoroughbred horses.

The seed pictures were superb and bought back memories of doing seed patterns with my classes of primary school children. Didn't ever graduate to pictures though.

Hi Kendal -
Those little chicks do grow alarmingly fast. While at the birth center we watched a video of a lamb born earlier in the week trying to stand up for the first time. He was making a mighty effort, but had difficulty getting his little legs to cooperate.
Steve