The boys have invited new boy Philip Guy on a tour of his new home.  They've started investigating the statuary populating the nooks and crannies of the backyard... 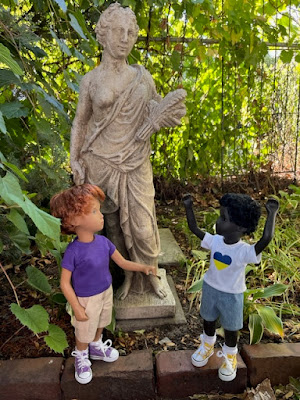 Philip Guy: Whoa! That lady is all kinds of naked!
Stephen Orange:  Her name is Ceres; she's the Roman goddess of agriculture.
Philip: Guess a garden is a good place for her, then. 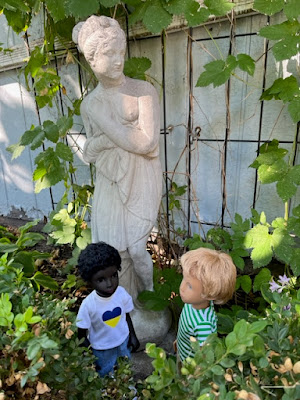 Philip: Another naked lady?  What is Daddy Steve's deal?
Scot-Michael: Daddy John often wonders that himself. 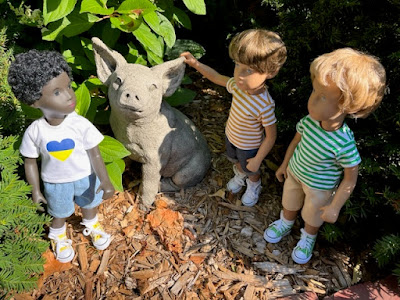 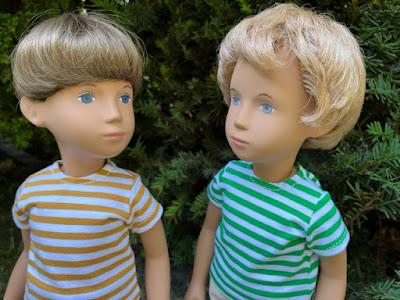 Nicholas:  'Charlotte?' Are you quite sure?
Scot-Michael: Oh yes.
Nicholas: Bless my soul...that makes much more sense. 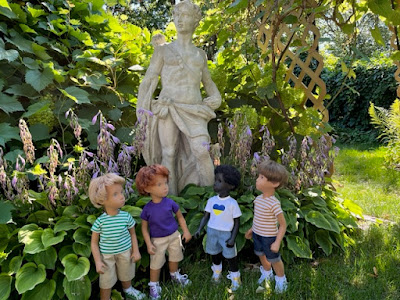 Stephen Orange: And here's Apollo, the Greek god of archery and the sun.
Scot-Michael: He's the biggest statue, so he's the guardian of the garden.
Nicholas:  The 'guardener', you might say.
Philip: >groan< 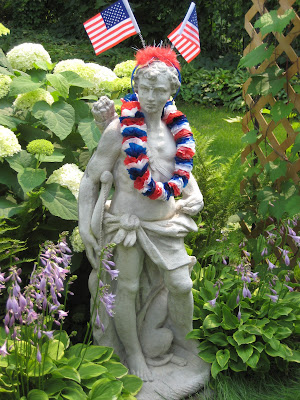 Stephen Orange: Daddy Johm likes to occasionally dress him up.
on holidays; like the 4th of July... 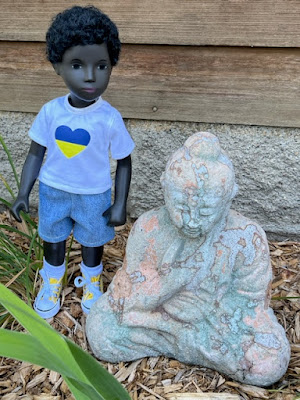 Philip: Hey!  A Buddha!  Cool.
Every garden should have a Buddha. 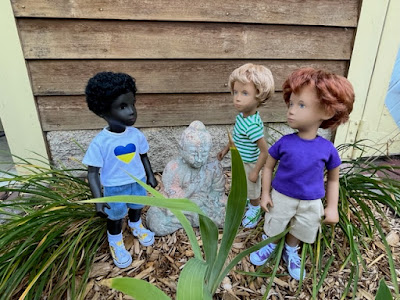 Stephen Orange: There's actually an interesting religious riddle about Buddha.
It goes: "If you see the Buddha on the side of the road..." 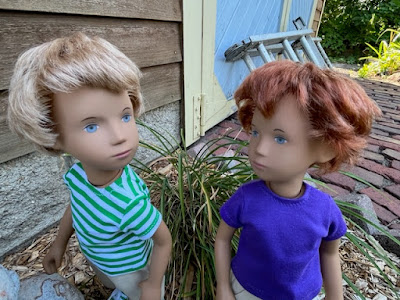 Scot-Michael: ...offer to call Triple-A for him?
Stephen Orange: ...You know, you're not as funny as you think you are.
Posted by Gregor Daddies at 4:02 AM


We loved touring the garden with the boys. Love little Wilbur and well Apollo, what a wonderful statue to have gracing the garden, who seems happy to allow Daddy Steve to decorate him in times of festival!

We have our eye on a young Apollo here, but he'll probably find a home before we get round to inviting him here, so we'll enjoy admiring his big self over the pond

chocolate's web? I think Frank had something to do with that!! yes, what is with all the naked ladies, Steve?! lol!!